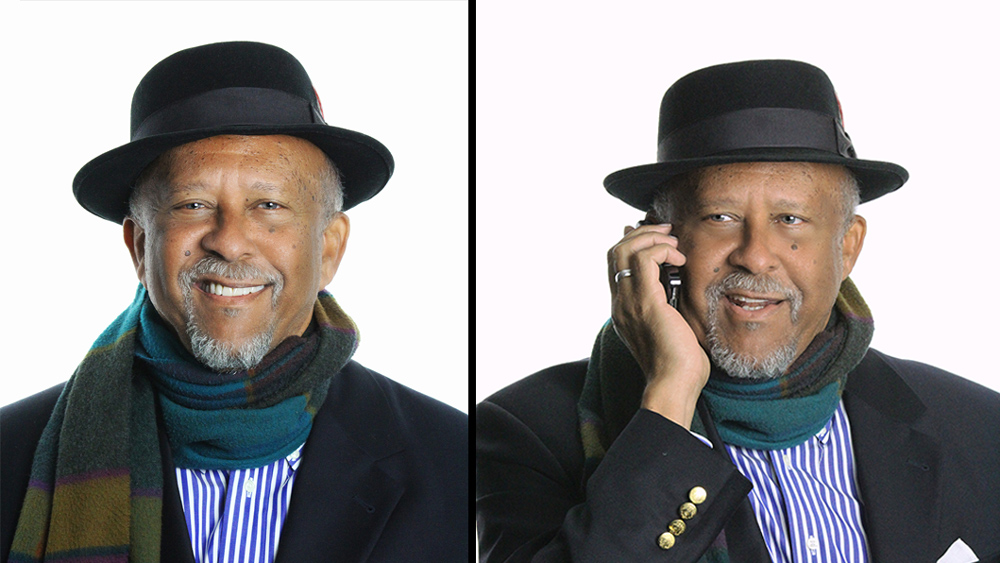 Born and raised in Washington, DC, Dr. Wilson is no stranger to government service and literature as it was a family affair. His great grandfather and grandfather were playwrights and authors.  His father was a poet published by the great Langston Hughes.  Wilson’s most recent published books, Governing Global Electronic Networks, and, Negotiating the Net: The Politics of Internet Diffusion in Africa, have helped many in communication technology. It is simply fitting that his two sons have carried the writing torch as well.

In high school, Mr. Wilson attended the Capitol Page School and served as a page for the U.S. Supreme Court. He holds a Ph. D. and M.A. for political science from USC Berkley and an M.A. from the prestigious Harvard University.  In 1992, Wilson worked with the United States Information Agency and Private Sector and as fate would have it, he was asked to take on a portfolio which involved International Communications.  After completing the portfolio, Dean Wilson wanted new inspiration so he traveled to California. One of his stops included USC. “There were multifacets of richness in culture, intellect, and professionalism,” recounts Wilson.

In need of a new challenge, Wilson was ready to show the world new projects that would be taken to a whole new level. “Seeing the fruits of my labor blossom, and those of my extraordinary colleagues,” says Wilson “is the most amazing feeling.”

Since he became its Dean, USC Annenberg has acquired important centers such as the USC U.S.-China Institute; opened the cutting-edge Annenberg Innovation Lab; launched important initiatives such as M{2e}, or, “Media, Economics & Entrepreneurship” and popular new minors such as “Sports Media Studies.”

The School has also embraced online education, offering a Master’s in Communication Management. And just up the way from the renowned Quincy Jones-designed Annenberg School building on campus, the incredible 88,000 square-foot, five-story tall, extremely high-tech Wallis Annenberg Hall is rising. The world-famous School will now have two signature buildings.

Ernest J. Wilson believes that continuous hunger is key for the younger generation in education. He remembered when California was a leader in higher education and now sees it falling behind. “In China, the students are hungry for knowledge and they have this never ending desire to learn,” he states. “They value older people with wisdom.” His advice to the younger generation is to immerse themselves in technology. He also lends further advice to the youth: “ Write, write, write and make sure it is with analyzation and clarity.”

Wilson is also a supporter of  USC Annenberg’s Public Diplomacy programs – which include a Master’s degree and a Center – because it prepares the youth to communicate effectively in the business world. He ponders on the talent that would be needed for the 21st Century in all multi-facets such as media, communications, and television. “ We certainly do not have enough,” he says with passion. In spite of all that is on Dr. Wilson’s plate, he is currently working on a book based on how W.E.B. Du Bois’ reaction would be to the the new media such as Twitter, Facebook, Internet and texting. Additionally, he still has his top three professional goals that he must turn into a reality.

Goal 1: Make sure that USC educates the youth properly in learning the way the world works.

Goal 3: Extend services to hospitals, government agencies, and US departments.

Besides, Wilson inspiring generations behind him, one of his inspirational role models is South African leader, Nelson Mandela. As the first black South African to serve as president in South Africa from 1994-1999, Mandela is known for being involved in anti colonial politics, fighting institutionalized racism, poverty, inequality and fostering racial conciliation.

Mr. Mandela is also known for spending twenty-seven years in prison and leaving the prison with out anger or bitterness. He began to give back to the world in so many ways. He famously went into negotiations in abolishing apartheid and establishing multi racial elections in 1994.

To this day Mandela contributes to The Red Cross, One Campaign, Make Poverty History, and in October 2004 he was an award recipient for Action Against Hunger in honor of World Food Day. The idea of service is extended through the action that is being executed and viewing the results which change lives. At age 94, Mandela shows no signs of slowing down as he continues to fight for inequality, racism and donating special works to charities. His key part in making the world a better place runs deep with Wilson.

“He has such tremendous integrity,” says Wilson, who had a face to face encounter with the South African leader.  What were the three intangible attributes that Wilson saw in Mandela?  “He had an amazing presence, charisma, and he had that “take my breath away factor.”

The “Take my breath away” factor is when one walks into the room and other individuals are speechless due to the spiritual power one possesses.

Dean Wilson’s personal goals? In addition to all the joyful and important work to do USC Anennberg, he eventually wants to write about his life in Washington D.C. “I want to revisit the time of segregation,” Wilson says. “I remember how I was not allowed to go to a particular part in Washington and the battle it took to turn things around.” Traveling is another desire that he plans to fulfill along with watching his sons grow and grandchildren flourish, along with reading much more novels and  sitting underneath the sunshine.